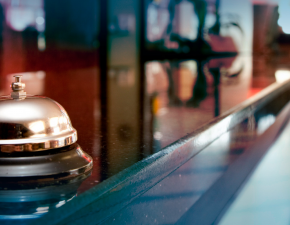 From Roofs to Reservations: Jed's Story

Jed was a slater and roofer with many years’ experience. Due to work related health conditions and his advancing years, Jed was looking to make the transition to another role. He was referred to DEAP by his work coach at the job centre, for employability support in Angus.

Speaking with Jed about his previous employment history and experience, staff discovered Jed had enjoyed the social role of working behind a bar when he was younger. This gave them a starting point to explore other options. They arranged for Jed to participate in a work experience placement in a local hotel and tourist hot spot, near his home. They also worked with him to update his CV, access some training and practice his interview skills.

Two weeks into the work experience placement the hotel owners offered Jed paid employment as they were impressed with his customer service skills and teamwork. Jed accepted the offer of employment and said the feedback and offer gave his self- confidence and esteem a great boost.

Jed thoroughly enjoyed the placement, it was a short walk from his home and gave him valuable experience of using computerised tills, new technology introduced since he had last worked in this role. His previous work meant travelling often, and he had not spent a lot of time in his local community. This led to him feel socially isolated and lonely when he did get time off, as his children had all grown up and moved away. During the placement he found out about the many clubs and activities hosted in the hotel, some of which he felt would be of interest to him.