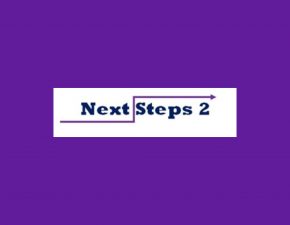 Next Step Success for John John has been part of the Next Steps 2 project since last December. He has been an active member of the group, getting involved in our drop-ins and community activities; including litter picks, competitions and IT sessions. John also had the idea for our Chalk n’ Talk group which he helped to promote and start running in March. Unfortunately this has been curtailed due to the pandemic but John is keen to get it fully back up and running again when it’s safe to do so.

Just before lockdown began, John applied for a position with Morrisons while volunteering at our IT drop-in. He practised with us and was successful at his interview and has been working there since with their home delivery service. John recently received the “Half-one Hero Award” at his work (pictured) and is really enjoying being a part of the team there. He is enjoying the independence that working has given him and he is now looking forward to getting his own place to live.

John says that “Next Steps 2 has given me belief to never give up on something and continue until you succeed.”